Qba Janicki from very early age has been associated with the milieu focused around the Mózg club. During his fruitful stage career, he played hundreds of concerts, where he performed, among others, with such artists as Jerzy Mazzoll, Sławek Janicki, Roscoe Mitchell, Tomasz Sroczyński, Toshinori Kondo, Kris Wanders or Fred Frith. Currently, he is working as a part of Wojtek Mazolewski Quintet, Malediwy with Marek Pospieszalski, Kondensator Przepływu with Bartłomiej Chmarą and Martyna Chojnacka, YO NELLY! with Steven Buchanan and in a newly-formed duo with the Warsaw composer Teonika Rożynek, the specialist in both instrumental, electroacoustic and electronic music. Teoniki moves lightly in the areas of contemporary music, non-academic electronics, sound design, theater and film music. In a duo with Qba Janicki, they’re using improvisation and electronic processing of the audio signals generated by acoustic instruments. 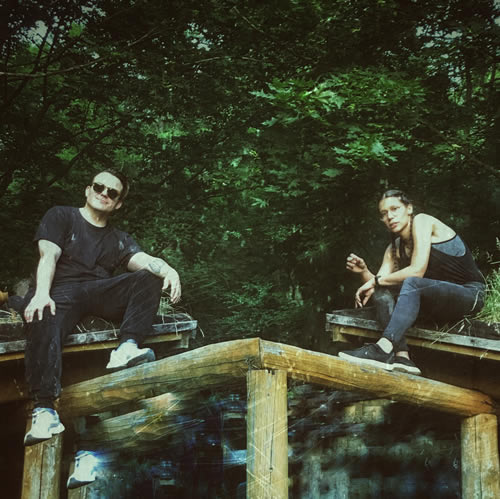