They form a group of sensitive rebels who deftly respond to contemporary problems, but they are also the artists who took part in the residential project organised since 2012 by BWA Wroclaw and La Malterie Association of Lille. This year, Studio BWA – which has previously served as a platform for international cooperation and a studio for artists in residence who worked and stayed there throughout their projects – will become a venue for an exhibition summarizing the foregoing cooperation and current attitudes of the artists.

The exhibition was organized in partnership between the BWA Wroclaw – Galleries of Contemporary Art and La Malterie Association of Lille as a part of the European Capital of Culture – Wroclaw 2016 with the support of the City of Wroclaw, the City of Lille, and the French Institute under a contract with the city of Lille.

Philemon Vanorlé is an artist using conceptual art to study and analyse the urban environment, its space and social practices. The basis of his artistic activity is an association / club for lovers of pigeons Société Volatile. Using media such as installations, photographs, discrete activities exploring the administrative structure creates a work full of animal symbolism, and also raises questions about the state of society. His work is characterized by both a romantic and irreverent tone, describing the political issues and urban ridicule.

Philemon Vanorlé has a PhD in visual arts (Paris 1). He currently lives in Lille (France) and works artistically in La Malterie and cooperates with production designer Arnaund Verley.

Krystian Truth Czaplicki, born in 1984 Wroclaw.  Graduate of the Department of Design (E. Geppert Academy of Art and Design in Wroclaw). One of the most interesting young artists creating sculptures and installations, which can be defined as “sculptural interventions.” The centre of his interest is the object – its importance and the way to approach it, both physically as well as emotionally. His work has appeared, among others, on the streets of Wroclaw, Warsaw, London, Manchester, Bordeaux, Rome, Moscow and New Delhi.

Kama Sokolnicka Author of collages, paintings, drawings, video installations and site-specific works. She was born in 1978, now living in Wroclaw. Graduated from the Faculty of Graphic Arts ( E. Geppert Academy of Art and Design in Wroclaw). In her works, Kama Sokolnicka uses a wide range of techniques and media strategies, from collage on paper and painting, to installation and video site-specific pieces. Mainly she deals with processes associated with the place, territoriality, perception of space, the image of a memory function, the need for orientation in the environment and the phenomenon of horror vacui. 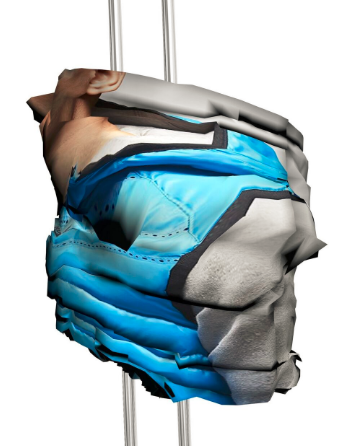 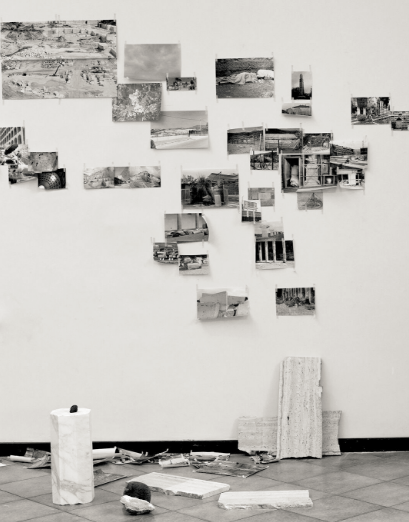