The Death and Resurrection Show charts the turbulent, dramatic and often unbelievable journey of the British post-punk industrial legends Killing Joke. The film brings together three decades of archive footage with two decades of never before seen new documentary footage and unprecedented access to the members of Killing Joke, their management, music producers, industry figures and associates and portrays a band that has had an influence that has stretched throughout the industry from Dave Grohl to Nigel Kennedy, and Jimmy Page 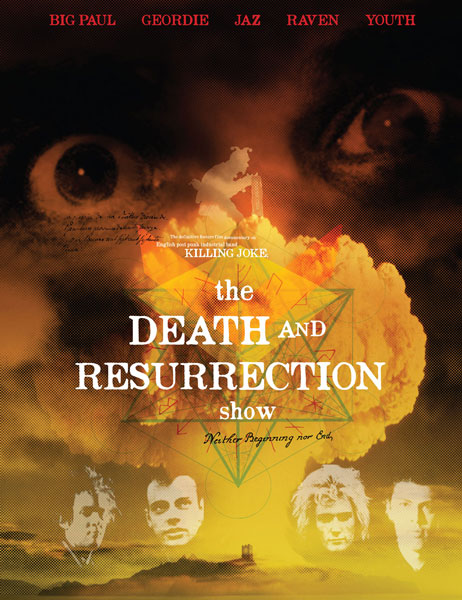