The electro-opera Peaches Does Herself, written and directed by as well as starring Peaches, tells the story of the Queen of electro-punk, a feminist provocateur and sexually progressive performer: inverting not only accepted gender norms, but also talking loudly and without censorship about sex. The film, staged as a campy anti-musical, presents a series of episodes in the history of the formation of ‘project Peaches’. It is not a biographical piece documenting real-life events from the songwriter’s life, but is rather concerned with the creation of a mythical biography whose soundtrack consists of songs from her four albums. The film’s cast is just as colourful as its main protagonist: the beautiful transvestite Danni Daniels plays the object of fascination for Peaches. Also appearing is Sandy Kane, known as the Naked Cowgirl of Times Square, whose many talents include the ability to insert lighted matches into her nipples as well as dancers of Fatherfucker and the group Sweet Machine, who play concerts alongside Peaches. After the film’s premiere in Toronto, critics called it ‘Pina’ for the sexually liberated and queer community, or in the words of the author herself: a jukebox musical after a sex change operation. 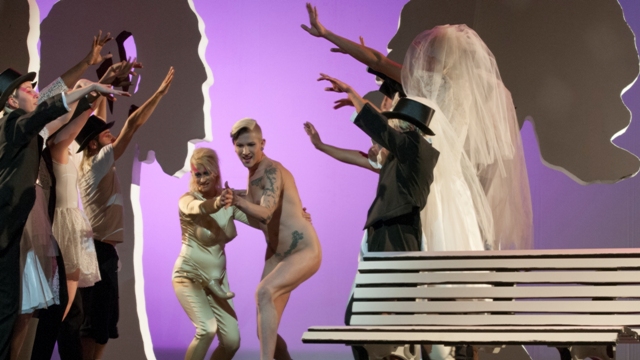 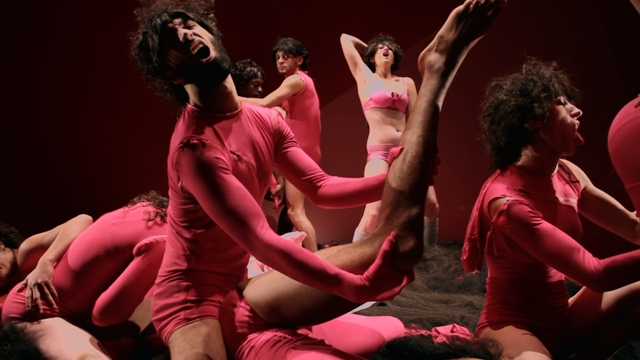